Over 125 arts of endemic plants, over 60 arts of orchids, mild climate, 340 days of sun: perfect conditions for a botanical tour. As we do work with experts, we can guarantee you that we can surprise you with the great world of Cyprus Flora in combination with the nice weather during Spring which allow us to walk you in the fields and enjoy the nature.

Starting point: Baths of Aphrodite. The section between the Baths and Pyrgos tis Rigainas (the Castle of Regina – Queen's Tower) is shared with the Adonis trail. The trail follows a rising path to the hill known as Moutti tis Sotiras (370m) and this can be quite tiring, especially in summer. There are springs with drinking water at two points,one at Pyrgos tis Rigainas (the Castle of Regina) and the other at Kefalovrisia.
Length: 7.5 km - Duration: 3 hours – Degree of difficulty: 2
Points of interest: The baths of Aphrodite where, according to tradition, the Goddess of Love used to bathe. Ruins of the Pyrgos tis Rigainas (Queen's Tower), which are believed to have belonged to a medieval monastery. It is worth mentioning the huge centuries-old oak tree which can be seen at the picnic site, where drinking water is also available. Along the trail there are several points which give a view of Polis Chrysochous and the Pafos Forest. Along the route, there are two potable water fountains, one near the ruins of Pyrgos tis Rigainas (Queen's Tower) and one between location Loutra and Kakoskali. The trail links with Adonis trail.

Visit the Houses of Dionysos and Aeon with the beautiful mosaics that are considered among the finest in the Eastern Mediterranean.
Then continue to the Tombs of the Kings, the amazing necropolis carved out of solid stone. See St. Paul's Pillar where according to tradition the Saint was tied and whipped by the Romans and the Byzantine church Chrysopolitissa from the 13th century.
Drive to Yeroskipou, which is known for its speciality "loukoumi"(Cypriot Delights).
On the way back visit the church of Ayia Paraskevi. It is a basilica surmounted by five domes forming a cross and has beautiful mural paintings dated mainly to the 15th century.

Length: (a) short route 7.5 km
Degree of difficulty: 2
Points of interest: View to the east of Polis Chrysochous Bay, Latsi, Pachyammos and Pafos Forest, and to the west Lara Bay, Tzioni, Karavopetres, etc. The long route goes past the disused magnesium mines which include a deserted kiln and then through a dense part of Akamas forest. The long rout links up with Adonis trail at the location Kefalovrysia (potable water fountain location). At their starting point both trails pass by Piana fire lookout station.
PICKNICK INCLUDET

Starting Point: Troodos Square
Length: 9 km – Duration: 3 hours – Degree of difficulty: 2
Points of interest: The trail goes around Chionistra at an altitude of 1700-1750 m., passing through dense thickets of Pinus Nigra and Troodos Juniper Phoenicia. One of the largest Junipers which is 800 years old can be found in the area. There is an outstanding view of the entire island. Of particular interest is the entrance to a disused chromium mine which ceased its operations in 1982. At 3 kms from the Troodos Square is a spring with drinking water.

Starting point: About 700m from the road between Troodos and Platres near the President's summer residence. Also accessible via a forest road which begins at the tourist road 2 kms from the Square.
Length: 3 km - Duration: 1.5 hours – Degree of difficulty: 3
Points of interest: The trail follows a course along Kryos Potamos river, which never runs dry. It passes the Kalidonia Falls and ends at Psilo Dendro, in Pano Platres. 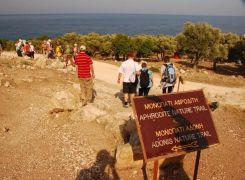 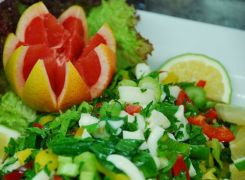 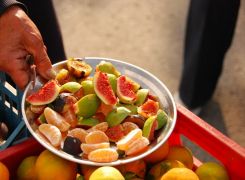 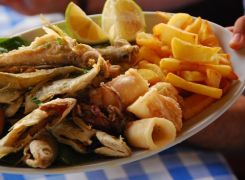 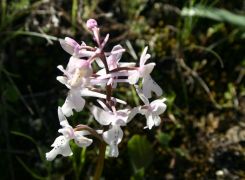 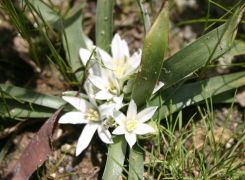 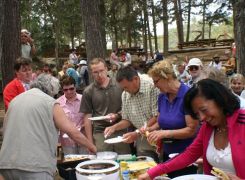 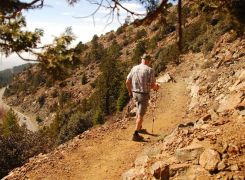 We can help you make your own trip, for you or your group!